The Sword is Mightier than Love (Novel)

The Sword is Mightier than Love (愛よりも剣) is a romance novel Kazuya wrote himself.

Wanting to distance himself from the influence of his father, Kazuya decided to try and write a novel like none other that does not involve sappy romance plot lines and common tropes. When Kaiji started reading the novel, he felt the weight of the story.

In truth, the novel is based on an event that happened to Kazuya himself. The only difference being he is in the place of the Boss character written in the novel.

The characters; Arisa and Tatsuya are real. Unless Kazuya recasted them in the novel similar to what he did with the Boss character.

The novel start off with a character named Boss (組長) who captures Arisa (亜理沙), his lover and Tatsuya (達也), her lover.

Arisa and Tatsuya were caught stealing funds and escaping from one of his establishments. Due to this, he sets up a gamble for the both of them to test the strength of the their love for one another.

Despite the boss still holding feelings for Arisa, he promises them that they will both be equally judged. To help hold his promise he has an audience of trusted individuals to serve as witnesses. 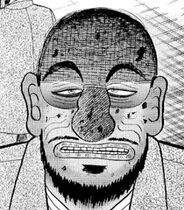 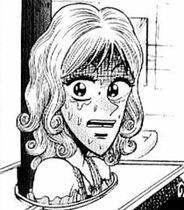 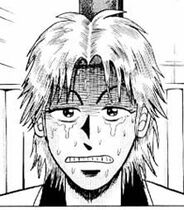 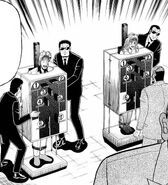 The unnamed gamble.
The closest name for it would be the name of the novel itself.
Add a photo to this gallery

Depiction of the Boss character
in the pachinko series.
Add a photo to this gallery
Retrieved from "https://kaiji.fandom.com/wiki/The_Sword_is_Mightier_than_Love_(Novel)?oldid=7223"
Community content is available under CC-BY-SA unless otherwise noted.