Its notable feature is that it reuses animation assets from the anime series and has its own art assets created specifically for it. It also introduces characters (such as Takashi Muraoka and Kazuya Hyōdō) and plot not yet adapted into the anime series.

The company that developed the pachislot machine also released the soundtrack. 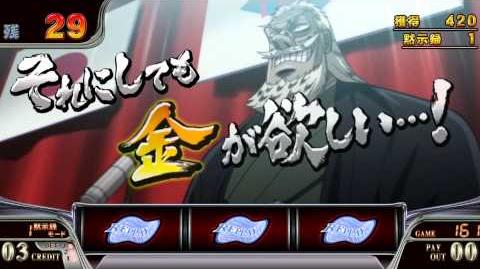 Anne (アンヌ)
Add a photo to this gallery

Retrieved from "https://kaiji.fandom.com/wiki/The_Slot_Apocalypse_Kaiji_3?oldid=6952"
Community content is available under CC-BY-SA unless otherwise noted.