The game features famous scenes from the manga and anime series. The player takes the role of Kaiji in the steel frame crossing gamble. This includes both parts of the gamble; the Human Derby and Electric Current Steel Frame Crossing.

The game closely follows the same plot and thread of events from the series. 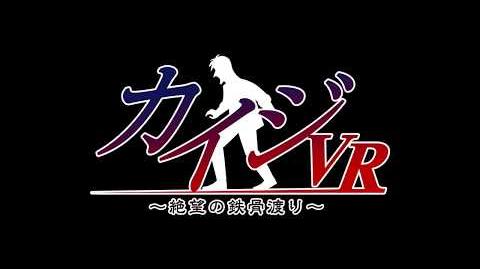 (PSVR)カイジVR～絶望の鉄骨渡り～［公式トレーラー］
Add a photo to this gallery

Retrieved from "https://kaiji.fandom.com/wiki/Kaiji_Steel_Beam_Crossing_of_Despair?oldid=6367"
Community content is available under CC-BY-SA unless otherwise noted.