"Sit the fuck down. You're dealing again."

About 21 (start of Tobaku Mokushiroku Kaiji)

Kaiji Itou (伊藤 開司, lit. Itō Kaiji) is the main protagonist of the manga and anime series typically referred to by the same name.

Though he started off as somewhat of a naive man, he quickly develops into a clever and thoughtful gambler after his first experience on the Espoir.

Kaiji is a young Japanese man with a somewhat tanned complexion and long black hair, shorter at the top with bangs, and hanging down at the bottom.

Though the color of his eyes has yet to be confirmed, it is likely they are brown. He has been proven to be relatively able-bodied and somewhat muscular (which may be considered a surprise given the severe lack of ways he has to keep in shape, or lack of screentime showing any sort of thing having to do with it at all)

Throughout the first season of the anime and the first series of the manga, he is seen wearing a brown leather pilot jacket with the flags of five countries on the back and a dark shirt, light colored pants (likely jeans) and white sneakers.

By the end of the first season, Kaiji has gained a cut scar on his left cheek, scars around the bottoms of all the digits of his left hand, scars and a re-attached left ear.

In most of the second season of the anime, Kaiji wears a short sleeve green plaid button-down over a gray tee-shirt, pale pants and those same white sneakers.

In the manga, he wears a green fleece jacket over a black shirt, topped off with a black down coat. However, the jeans and iconic shoes stay relatively the same.

Outside of gambling, Kaiji has proven himself to be somewhat of a cowardly character, but after his first experience with illegal gambling he begins to act more hotheaded and is slightly more aware and cautious of his surroundings (albeit not by much).

Prior to the series plotline itself, it's described that he always gambled, playing games with neighbors and people he knew, though he often lost. It seems to be somewhat of an undertone that he can be lazy, and has constantly been subjected by his low social status and lack of income.

However, despite his lack of money and personal wealth, he still values other people heavily and isn't fond of death and dangerous situations - Kaiji at first seemed to give people the benefit of the doubt, but becomes more careful later on.

During his second run-in with the world of illegal gambling, Steel Frame Crossing, Ishida had approached him and expressed his relief in seeing the young man again but Kaiji pushed him away, going as far as to slam the older man into the wall to reinforce the fact that "they were enemies," and that he shouldn't rely on Kaiji. However, as Sahara points out, he is only putting it up as a façade in a haphazard attempt to fool himself and others that he is cold-hearted and unwilling to help others. Which, of course, is not the truth.

Despite Tonegawa having in effect killed several of his friends and comrades in the process of the various games and gambles, he finds it horrible that Hyōdō in effect forced the man to kneel in apology on a searing hot plate of metal for ten seconds. He has relatable morals and beliefs to most viewers, in effect making him a relatively more complex character in terms of personality compared to most.

While Kaiji has shown he is very capable in using logic and applying it to the various games he plays, he's also irrational and impulsive at times. This is solidly displayed after Kaiji wins against Tonegawa at E-Card, and decides he wants to challenge Hyōdō as well, despite his comrades telling him it would be better if he did not, keep his money and get his poor ear reattached. Another instance this is shown would be when his employer, after his first run-in with the Espoir, accused him of stealing an envelope with ¥100,000 inside, and he became noticeably angered.

Kaiji is poor, downtrodden and lazy - he lives by himself in a slum and is constantly in debt. He works in several odd jobs and bides his time by playing cheap gambling games with neighbors, though he always loses. In spite of this, when his life is in danger, he displays a remarkable hidden capacity for gambling, which allows him to endure the hardships he faces. He is shouldered with a ¥3,850,000 debt at the beginning of the story by a coworker who convinced him into cosigning a loan, leaving Kaiji with the full weight of the debt compounded over a year.

At Endou's suggestion, he goes on the Espoir and gets involved in Restricted Rock Paper Scissors.

He is tricked by Funai into losing 2 of his stars. He teams up with Furuhata and Andou to win Restricted Rock Paper Scissors. He defeats Hyena and Kitami. Due to failing to get rid of all their cards before the game ended, he sacrifices himself to the backroom.

After many hardships, he manages to pay off his co-worker's debt and make some extra cash. However, he decides to gamble with Hyōdō and loses 4 of his fingers after the chairman rigged the gamble.

Kaiji's fingers and ear were re-attached with the help of a black-market doctor, thus adding an additional 2 million yen to his debt. Kaiji's overall debt accumulates to 9.5 million yen. He is caught by Endou and is sent to work in the mines. After being persuaded to gamble again by Ootsuki, Kaiji's incoming salary is reduced severely due to his loss. He bands together with fellow miners to form a group called The 45ers. The 45ers confront Ootsuki for a final gambling match. After discovering Ootsuki's weighted dice, Kaiji manages to win against him with the help of his own special dice.

Kaiji manages to win enough money to get 20 days outside of the mining station. He befriends Kotaro Sakazaki, a middle-aged man who lost his wife and child because of money. Kotaro informs Kaiji of The Bog, a pachinko machine with 600 million yen as a reward for winning.

After failed attempts at winning The Bog, Kaiji seeks the help of Endou. Endou loans the gambler a sum of money and a couple of his men. Kaiji sets foot in the casino to play The Bog with the help of his new plan. After a final showdown, Kaiji wins The Bog and is entitled to 600 million yen. The money is divided amongst Endou, Sakazaki and Kaiji.

Kaiji's money is used to clear his debts and the debts of the rest of the 45ers. After gambling away the remaining money he had, Kaiji becomes penniless. A Teiai employee loans Kaiji a sum of money out of pity and claims that he does not need repayment. Kaiji tearfully re-unites with the rest of the 45ers.

After the events with The Bog, Kaiji is shown mooching off of Kotaro Sakazaki. Sakazaki eventually kicks him out the house and gives him ¥3 million as a parting gift. Miyoshi and Maeda approach him, asking for help in tricking their boss (also known as the president). Kaiji agrees to help his "friends" escape their abusive employer.

During the game of 17 Steps, the president raises the stakes, thinking he would win. To match the bets, Kaiji takes out loans from Kazuya Hyōdō, which turns into Kaiji betting his body parts, as he only had ¥3 million at the start of the game.

It is later made known that the ploy Miyoshi and Maeda came up with was used against Kaiji, as they believed he took the prize money from the Bog for himself.  Kaiji felt that he needed to keep raising in order to swipe the once in a lifetime opportunity of attaining so much money.

In the end, Kaiji ends up winning and puts the president in bankruptcy. He gets a handsome sum of about ¥400 million from the game.

He is now a fugitive on the run with two companions Chang and Mario from Teiai after he won ¥2.4 billion from a gamble with Kazuya Hyodou. He is now thinking of getting out of Japan to have a peaceful life without the harsh glare from Teiai.

After many trails, challenges and incidents to evade Teiai and their army of black suits and debtors, Kaiji finally decides to leave Japan for good while Chang and Mario start planning to go back to their countries.

Kaiji horrified at the sight of own grave. 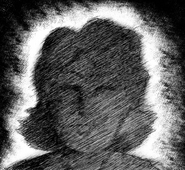 What Kaiji believed to be what his mother looked like.

Kaji with his money make-shift bed.

Kaiji worked in several odd jobs after moving to Tokyo.

Kaiji thinks about taking a foremen as hostage to escape the labor camp.

Kaiji after losing to the Bog.